After another night aboard ship dockside in Callao, with a tanker moored alongside preventing our departure, the Captain announced at 0800 that he had tried to get an exception and leave the closed port, but was unsuccessful.  However, at 1000 the Captain then announced the port would be opening and we would leave after the pilot boarded about 1300.  At about 1330, the tanker was moved and shortly thereafter Seabourn Quest departed Callao.

All further Peruvian ports were cancelled and instead we headed for Arica, Chile, about 700 NM away, requiring about 42 hours to make the transit.

The seas and winds have remained favorable and we spent much of the day observing birds, whales and fishing boats as we paralleled the coast, averaging 20-25 miles offshore.  Most notable were several humpback whales slapping their pectoral fins and a number of sperm whales, some as close as a few hundred yards off the side of the ship.

We arrived just as the sun was clearing the hills.  The harbor was small, filled with many fishing vessels.  Our shore excursion explored the Chinchorro people who have been in this area since at least 11,000 BC.  The museum had a number of mummies on display as well as descriptions of the processes the indigenous people used, which included removing the hands and feet and putting a clay mask on the face.  There were also petroglyphs on the north facing hill side dating to 800-1250 AD, showing various animals.  The glyphs were constructed from dark volcanic rock, origins unknown, on a lighter colored desert hillside. 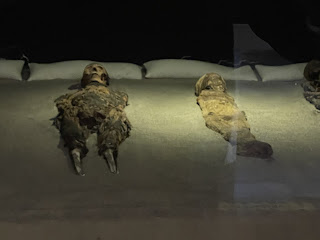 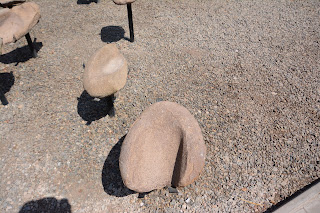 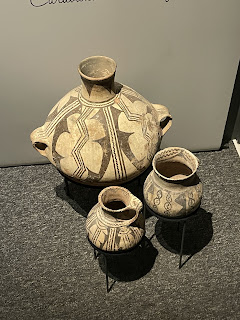 The winds blow constantly from the south, so the glyphs are not covered up by blowing sands.  We did drive some way into the Atacama desert, reputed to be the driest desert on earth.  We visited some more recent sculptures in the desert and watched a folkloric dance demonstration. 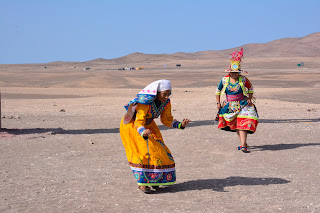 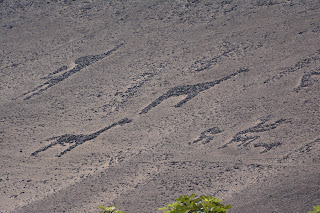 Returning to the city center, we visited a local cathedral constructed entirely of metal, which has survived several tsunamis and earthquakes. 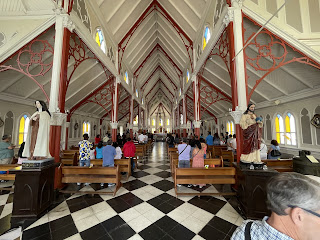 Inside the all metal cathedral 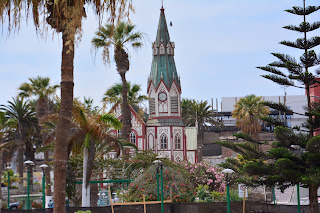 All Metal Cathedral in Arica, Chile

Arica is a very dry city, but still has a thriving agricultural economy, with irrigation supporting tropical fruits, citrus, tomatoes and olives and also flowers.  Irrigation is only at night and running water is rationed in town also.  We were cautioned not to drink the local tap water due to mineral content, including some heavy metals! 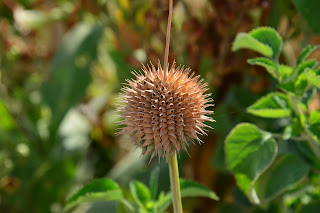 One of the unique flowers 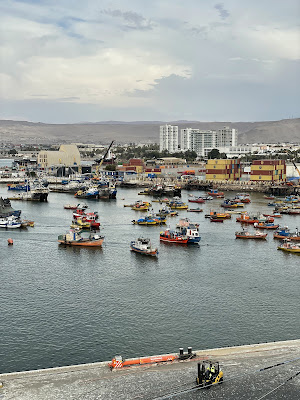 The small but colorful harbor of Arica