Seas remained calm and winds favorable as we set a direct course for the eastern entrance of the Panama Canal.  Shortly before 0900 on January 10 we entered the first lock chamber at Gatun and began the 85 foot rise to Gatun Lake, in three steps just behind a large container ship from China.  As predicted, the skies opened up and we had intermittent rain showers, heavy at times, as we proceeded westward to the Pedro Miguel and Miraflores locks. Entering Pedro Miguel lock, the eastbound lock chamber had a very large crocodile swimming around, providing a photo op for many of us.  We exited the locks around 1700 and proceeded to Fuerte Amador and the new, but unfinished, cruise ship terminal.  Seabourn Quest docked about 2100 and will overnight here. 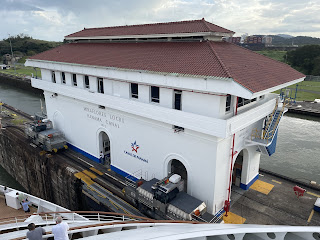 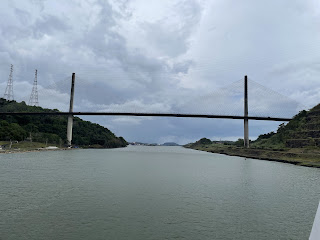 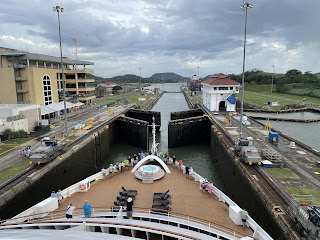 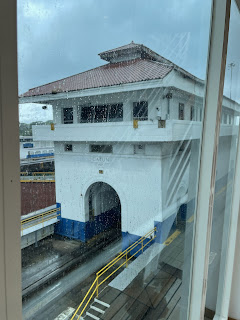 Patrick rode the shuttle into Perico Island Marina and then walked a mile to the duty free store at Flemenco Marina where he found the cognac he was looking for that the ship did not carry.  The day turned out to be very hot and humid, but the rainstorms have held off for the time being.

The ship departs early, at 1500, as we head down the coast to Manta, Ecuador.  Tonight is also the “Block Party” in the hallways to meet our fellow travelers in close-by suites.  The ship’s officers circulate around all the corridors and greet every passenger.

The weather report calls for light winds from the south, favorable seas and intermittent rain showers as we begin another day at sea.

Manta is one of the major tuna fishing locations in the world, and the harbor was filled with tuna fishing boats in various stages of disrepair.  Both Starkist and Bumblebee have large operations in Manta, a city of about 250,000.

Patrick went snorkeling at a nature preserve at Puerto Lopez, about a 2 hour drive south of Manta.  The preserve is primarily to protect several endangered species of sea turtles, and humans are not even allowed to walk on the beaches within the preserve.  The snorkeling was only fair, with visibility limited to about 10-15 feet and significant current to swim against. 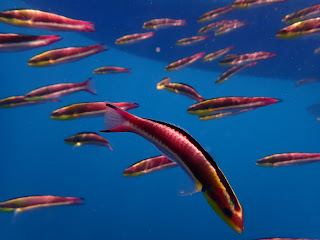 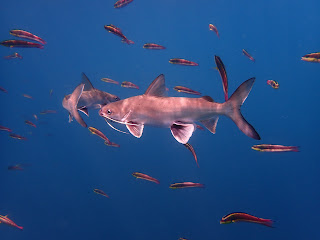 This is an overnight stop and we noticed how tight the security was around the ship, with guards with sub machine guns patrolling the breakwater between the ship and a large public beach next to the breakwater.  We believe it is because of demonstrations leading up to elections in February.

We awoke in Manta to find another cruise ship docking, the Seven Seas Mariner, which left Miami 2 days after our ship, as part of a 143 day world cruise.  We spent the day relaxing and taking a walk around town through a large and modern shopping center just a few blocks from the cruise terminal. 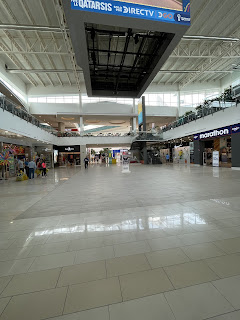 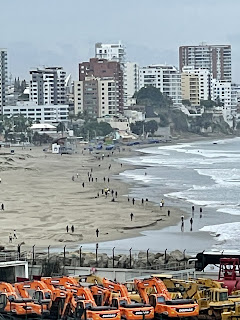 Public Beach at Manta next to dock 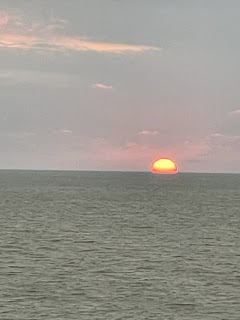 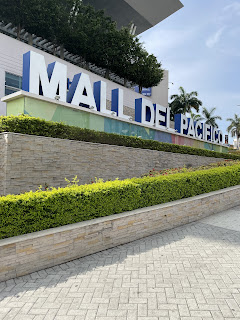 Seabourn had one of their signature events, a caviar sail away as we left the dock in Manta at 1800.  We were treated to a nice sunset as we headed out of the harbor.

Machala is a city of 500,000 and is supposed to be the banana capital of the world.  There were two banana ships tied to the dock when we arrived about 0700, one of them labeled Del Monte.  Patrick had a tour of a petrified forest at the Puyango River which was a two hour drive south of the city in the foothills of the Andes, which start only 20 KM from the coast in this part of Ecuador.  The petrified trees are about 100 millions years old and date from before the Permian extinction.  It was amazing to see the trunks sticking out of the rock walls.  Since it was Sunday, by the time we had finished the 1.5 KM loop trail there were long lines of people waiting to get in, with lots of children. 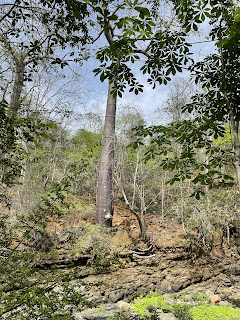 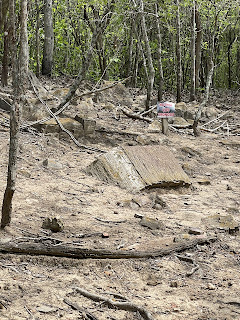 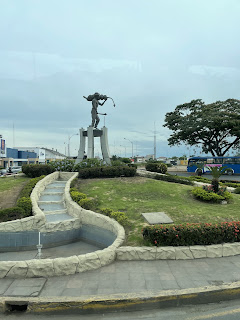 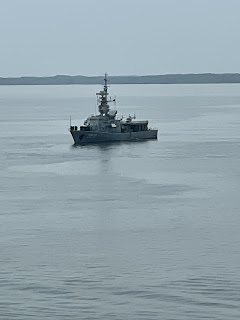 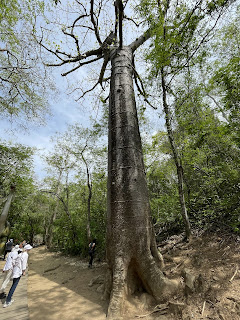 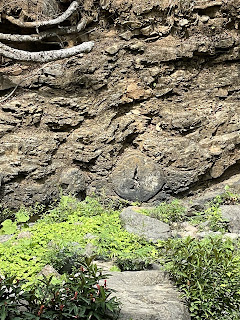 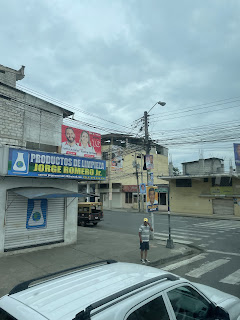 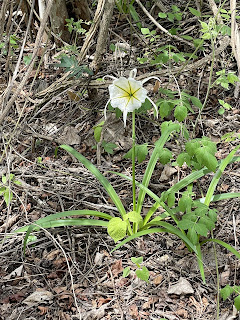 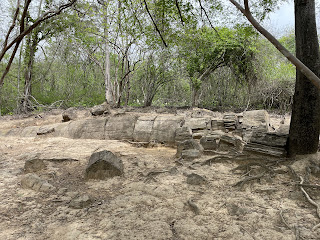 On the return trip we stopped for lunch at the Hillary Nature Park, a upscale hotel and resort perched on top of a hill overlooking the banana and cacoa plantations below.

Machala is also known for shrimp farming, much of which takes place in large ponds located in the mangrove swamps surrounding the city.