This morning we actually docked in the city of Cesme rather than anchoring and tendering in.  In ancient time Cesme was called Cyssus and had many springs and mud baths, surrounded by the waters of the Aegean Sea.  Today the harbor is dominated by a large upscale marina with space for vessels up to 60 meter megayachts, and a castle built in 1508.  The castle was built to defend the coast from attack by pirates and later used by the Rhodes based Knights of Jerusalem.  Today the castle is a museum and a venue for the international Cesme Music Festival in July.  The head of the marina has been developed with high end shops and waterfront restaurants.  The center of town has a bazaar with low end tourist goods.

Many of the recently embarked passengers used this stop to visit Ephesus.  Today was windy and overcast, but warm enough with a high of 75 degrees. 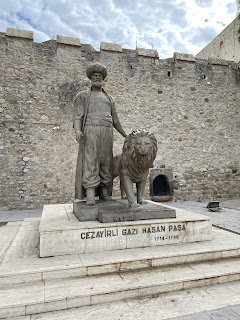 Gazi Hasan Pasha with pet lion guarding the castle,
he was the naval commander at the battle of Cesme 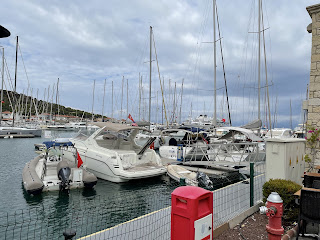 The upscale marina dominating the waterfront 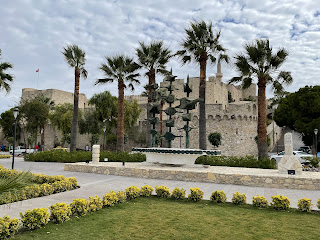 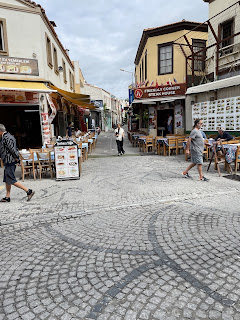 The bazaar area before it really opened up 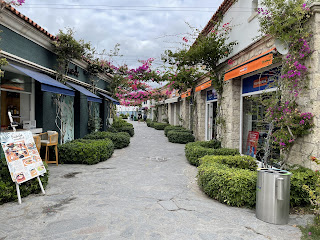 Upscale shops at the marina 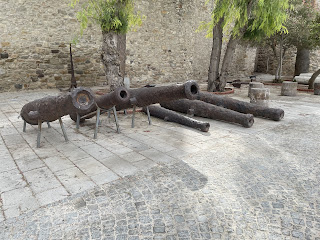 Ancient cannons at the castle entrance 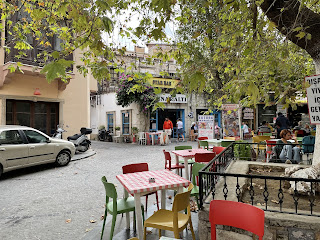 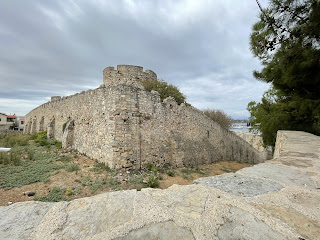 Ancient moat around the castle 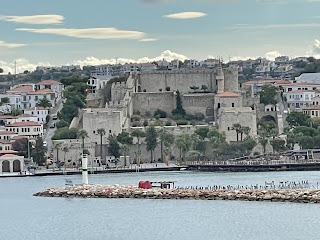 The castle from our ship